August is the month for The Summer Olympics in Rio de Janeiro, Brazil. I decided to celebrate with a Refreshing Blueberry Guarana Antarctica Kuat Drink. We are excited to be able to watch the games with the grandkids this year. 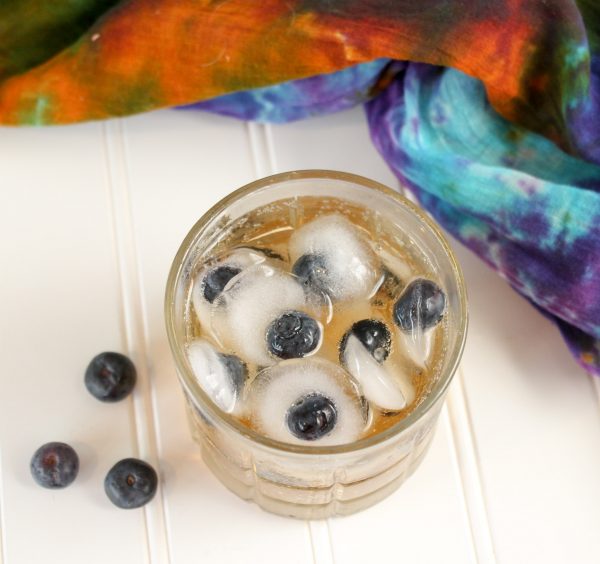 I started doing some research on Brazil so I could share it with the kids while we watched the games. I have 7 of those facts to share with you today. I’ve always had an interest in Brazil. I have an aunt who is a MaryKnoll Sister. Since 1990 she has served as the Coordinator of the Archdiocesan Mission Council in São Paulo, Brazil. She also works with the women and children on the Guarani Indigenous reservation in Brazil. She loves the people of Brazil. She recently reluctantly retired. Time to take care of herself in her elder years. When she came to the states she would always make a point of visiting my mom, mom was her Godmother. Below is a picture of her in Brazil. 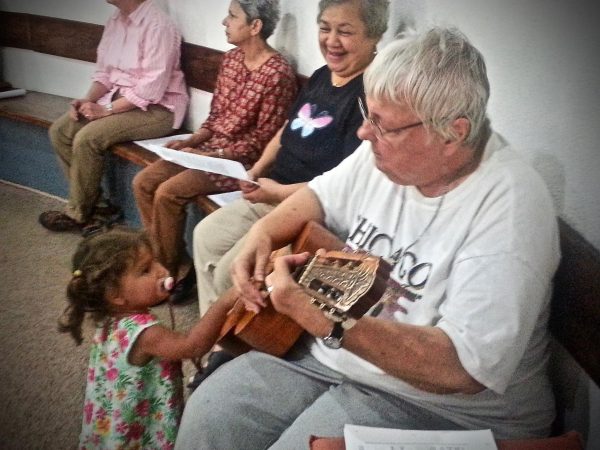 Before I move on to the recipe here are some of those facts:

1. Brazil’s name comes from the Brazilwood tree.
2. Brazil is the largest country in South America.
3. Brazil is the 5th largest country in the world.
4. The population of Brazil in 2013 was 201 million people.
5. The capital of Brazil is Brasilia
6. Brazil has had a female president since 2011, Dilma Rousseff.
7. Soccer which the Brazilians call Football is the most popular sport in the country. Brazil has won the World Cup 5 times in a row.

Now, about my Refreshing Blueberry Guarana Antarctica Kuat Drink. I had my first taste of Guarana Antarctica Kuat when we were at the restaurant Jungle Skipper Canteen in Walt Disney World’s Epcot this summer. It was so refreshing and tasty, so when we came home, I looked it up on google and found out it’s one of the most popular beverages in Brazil. Second only to Coke. It’s like a fruity Brazilian Coca-cola, it’s actually sold by the Anheuser Bush Company company in Brazil. You can’t find Guarana Antarctica Kuat on our grocery store shelves in the United States. So I went to my favorite place to shop “Amazon” and bought a 12 pack. It’s so fruity good!

FUN FACT: Jungle Skipper Canteen is the only place in Walt Disney World (outside of Epcot’s Flavors of Club Cool) where you can get either the Guarana Antarctica Kuat or Fanta Melon Frosty, two of the Exotic Coca-Cola drinks.

You’ll need:
6 ounces Guarana Antarctica Kuat
6 ounces Ginger Ale I used diet to cut the calories in half
blueberries frozen in ice cubes. I made them using a small silicone mold.

In a glass with your ice cubes in it, pour 1/2 of the 12-ounce can of Ginger Ale over your blueberry ice cubes. 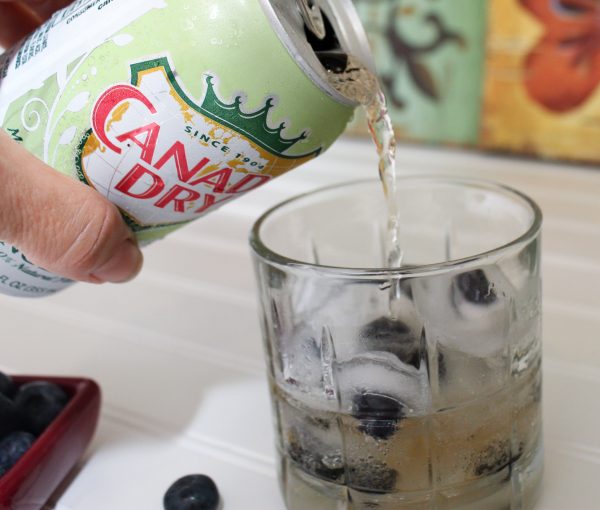 Pour 1/2 of the 12-ounce can Guarana Antarctica Kuat into the glass. 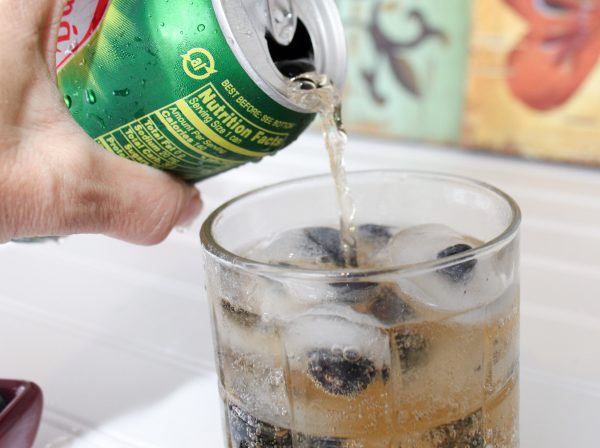 Drink and enjoy! The flavor is a light fruity flavor. A real thirst quencher. 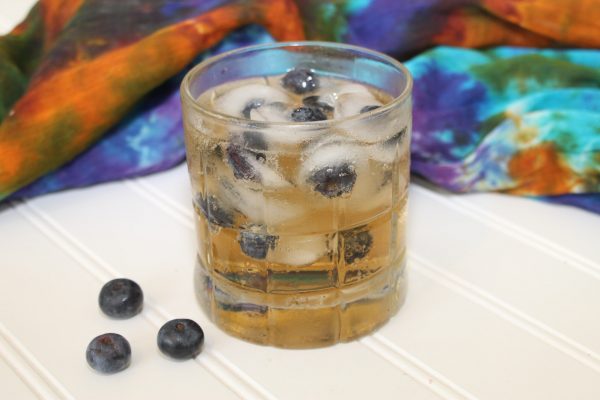 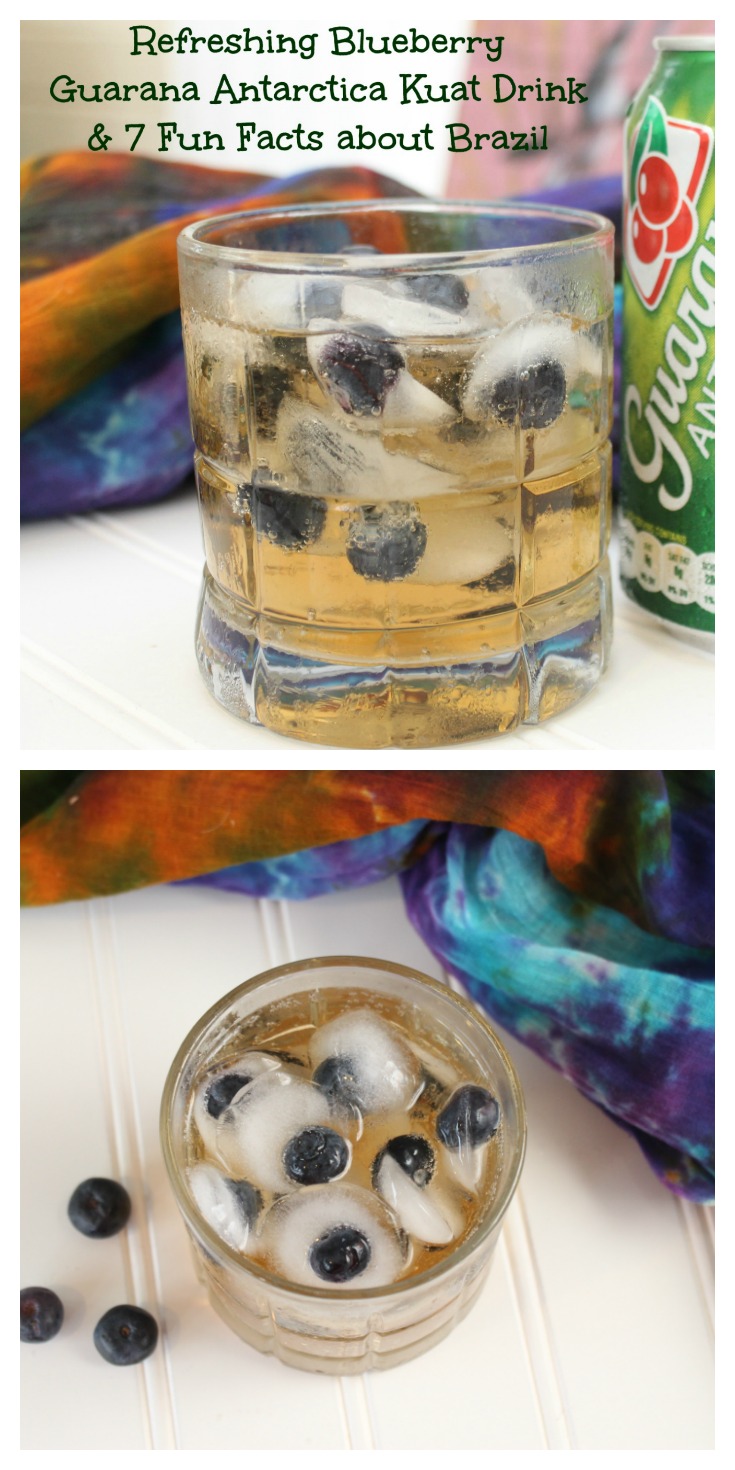